On the morning of 29-09-14, at 12:00, at the courthouse Dikastiria in Chania, the trial of an illegal dog breeder will take place.

Our Association was trying for seven years to collect data and evidence for his illegal actions, which led to the maltreatment and the death of many animals.

The first complaint was sent to the Vet Directorate of Chania in February 2008.
Since then many other unsuccessful attempts have been made, because he was always managing to escape.
In the meantime the complaints were multiplied, but nobody wanted to testify. Everybody knew of his actions but they “did not want to get involved”.

In August 2014 we submitted another complaint at the local Police Station.
He was finally arrested yesterday morning!
The accusations are many:

His multiple actions include the illegal breeding of animals, systematic stealing of dogs from their owners (mainly Labrador and Wolfhound) which he was selling with fake, unregistered microchips and dummy vaccinations, deceit of the buyers since many times he was selling half breed animals as pure breed. There were also cases in which he was reselling stolen animals!

The breeding area was his house and a piece of land, which did not belong to him, but he had illegally used it for said purposes. The animals were living under the most miserable conditions.

Tied to trees and corroded barrels with heavy chains and padlocks , they were trying to protect themselves by opening holes and burrows, they were full of fleas and ticks, and some of them suffer of calazar. The place was dirty, full of feces, the water being of a minimum quantity to nonexistent. Some animals were dying soon after they were sold. 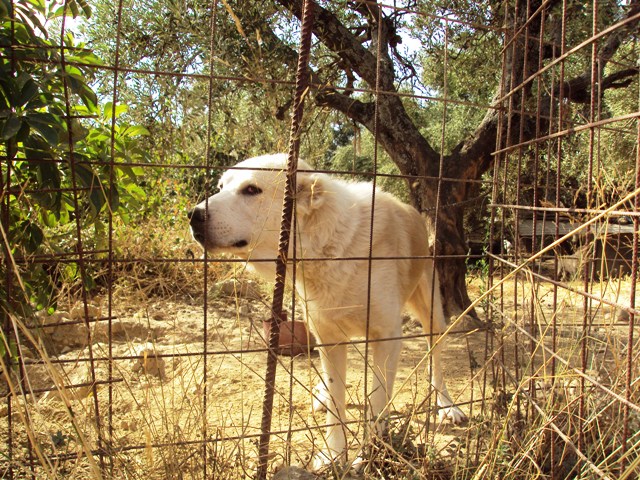 He was using different names and phone cards and the police, even though came very near to his capture, never succeeded in arresting him. Even after police raids, he would somehow make the animals magically disappear. !!!. He was continuously advertizing and selling animals at the price of 150 euro.

A few months ago he stole a Belgian Wolfhound from an area which we use to feed aneemals and then managed to sell this dog for 150 euro giving the owner a medical book with a nonexistent microchip. When we advertized the photo of the animal, the owner recognized it and informed us accordingly. Fortunately the dog was in a very good condition near his new owner and lives happily there. 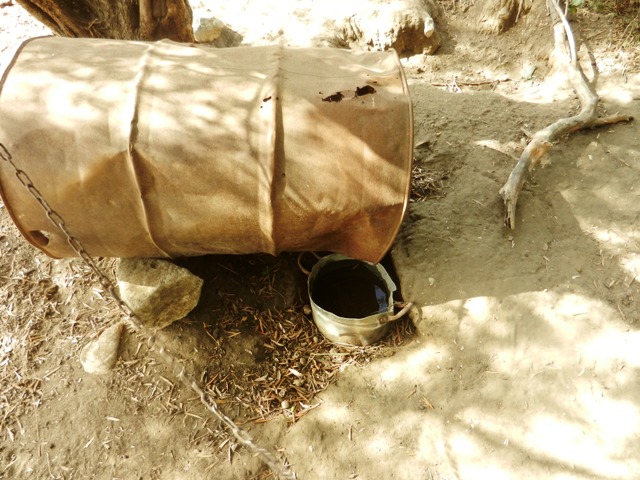 The recent local Police Commander acted appropriately and this is how it all started. Endless hours were spent to gather evidence-data and there were a lot. There is a witness from whom the animal was stolen three times!!!

Today 27 animals were removed following the court order. Among them there were 7 puppies. One dog had advanced calazar and died on his way to the vet. There are also two exhausted pregnant dogs and two others seem to have recently given birth, but we did not find the puppies. The animals had a lot of bites on their body and are in bad condition. They have been transferred to a safe place and they will be examined and taken care of by the vet.

This beautiful dog died soon after he was taken to the vet….

In a few days we will have photos of each animal separately, so that their owners will hopefully be found.
The defendant asked today for a three-day postponement and the trial day was decided to be Monday, 29-09-14, at 12:00 at Dikastiria. We asked the court to accept our right our accusations to be supported by a lawyer. It was accepted.

People that have lost their dogs, mainly Labradors and Wolfhounds are asked to communicate with our Association

On Monday at 12:00, EVERYBODY should be present at the courthouse at Dikastiria square of Chania!!!!!!!!!