Home/English/English/You are old? You must die!!!
Previous Next

Zina, a mixed breed shepherd of 10 years found randomly in January 2014 by volunteers at Frieze area of Heraklion, in a miserable condition, tied to a heavy chain, in a log cabin in a field across from the luxurious house owner.

You see, the economic prosperity enjoyed by the family, concerned only with bipedal creatures that lived in the area. One dog, especially “aging”, spoils the aesthetics of the area and had to disappear, not to be seen.
She was malnourished, her body had wounds and hardly any hair from her illness, and smelled of rotten meat and was covered with flies. She did not even to sit as stone ground hurt her little body ..

Volunteers immediately identified the owner and tried hard to make recommendations on the state of the animal. The “educated” but ultimately completely uneducated owner did not show any inclination to come to his senses, but instead was derogatory and intensely provocative, considering that his education and degree, guaranteed this right.

Answered cynically, ironically unaware of the consequences of the law, he did not show any sensitivity to the condition of HIS dog, saying simply that “the dog is old and will die from something what shall we do now?” ..

“And my father when he was old he got sick and died, no one went to jail for this.”

When the volunteers asked why he did not take the dog to the doctor to know what she has, he replied how “he LOATHES to touch it and put it in his car and that all you can do is to bring a doctor to examine him there in … the countryside … “.

Without a second thought from the volunteers of Frieze, filed a lawsuit against the owner under the 535/2014 Order of the Public Prosecutor of Heraklion to remove temporarily the dog and surrender to the animal center of Heraklion until treatment was completed and Frieze [volunteers were] designated responsible until heard in court.

View Zina today after treating her, how happy and healthy the dog looks and how beautiful she became away from her tyrant. 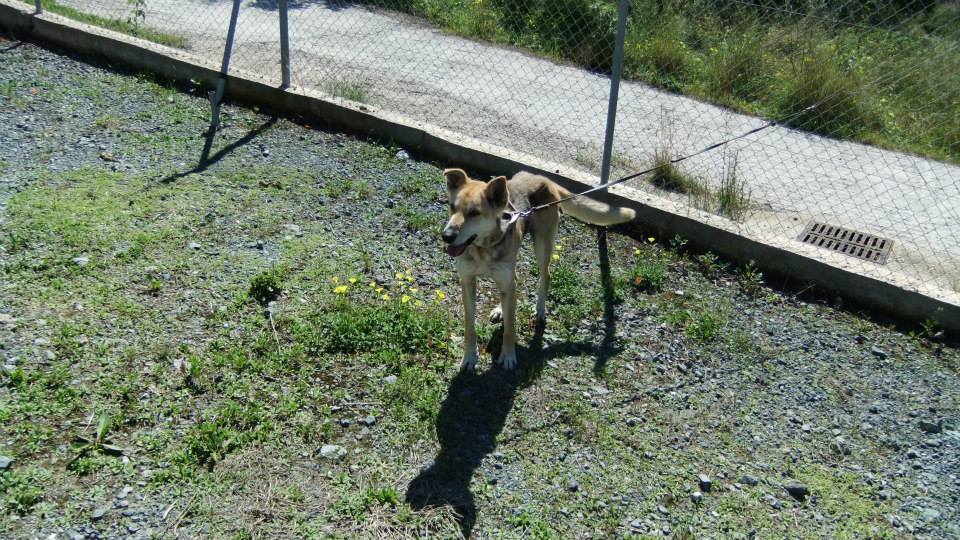 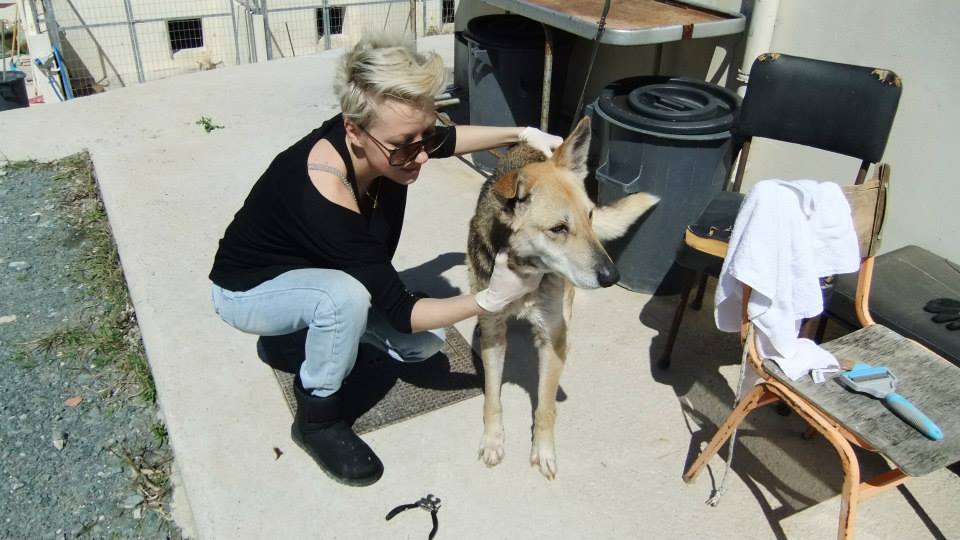