They Decapitated a Stray Dog and Hammered In its Head on a Tree !!!!!!!!

Home/Η δράση μας/Κακοποιήσεις/They Decapitated a Stray Dog and Hammered In its Head on a Tree !!!!!!!!
Previous Next

They Decapitated a Stray Dog and Hammered In its Head on a Tree !!!!!!!!

Our  “Tigress” was one of our favorite stray dogs in the area of Agioi Apostoloi, Chania. Half blood boxer, friendly and harmless regardless her big size. She loved children. She and Sissy were inseparable. Each evening, from Kladissos bridge, were following an animal’s lover, who was taking out her dog and were coming to Agioi Apostoloi beach to eat and play. Afterwards they were going back to Kladissos. One month ago they strangely disappeared and they were never seen again. Yesterday morning we were informed by a resident of Agioi Apostoloi that on a tree in the center of the park a head of an animal was hammered in! When we arrived we faced a most shocking view that nobody could ever describe!!!!! The head of the animal was deteriorating, but we recognized “Tigress” from her so characteristic hair that had remained on top of her head.

This gruesome action is beyond any hatred feelings for animals. 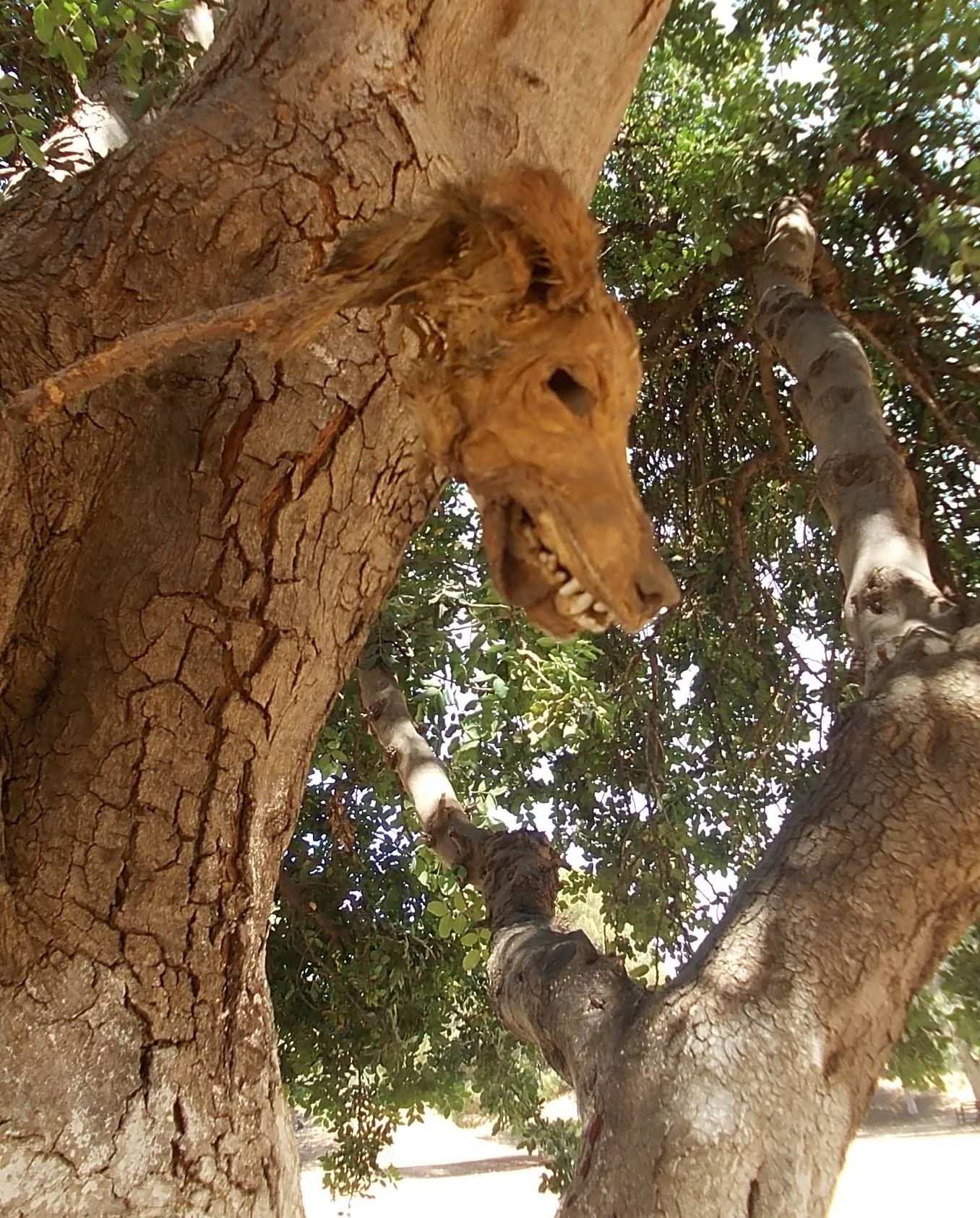 Only a severely disturbed person would do that. The Park is a place where a lot of people from Chania are going to relax and enjoy the Nature. Thousands of citizens as well as tourists are going there, since the area is only 3 km away from the city of Chania. It is a very beautiful place and hundreds of children are playing there around the trees and the existing playground. The beach is full of people and visitors. Parents and children and visitors, shocked, were wondering WHY?

Being unable to do anything else, since the perpetrator is unknown, we revealed the whole criminal act through the media.

They Hanged a Small Stray Dog in Tavronitis !!!!!

At the same time we were notified about a hanged animal in another touristic area of Chania County. In Tavronitis, in a highly inhabited area, a woman saw next to her land, a small stray dog (who everybody knew) hanged! The Police Department of Voukolies took command of the case, but unfortunately removed the animal without taking evidence photos. We testified naming a possible suspect and a preliminary examination is going on

In the mean time, few meters away, near the Golden Beach coast, we were informed for new “foles”. The animals were completely deteriorated, but we recognized the stray animals, which people living there used to take care of. No matter how much we try and fight, some people are “determined” to “clear up” the area from the stray animals. If they were trying equally to clear up the coasts from garbage and the used condoms, everything would be better…..