Management of stray animals/municipality of Apokoronas

Management of stray animals/municipality of Apokoronas

On Thursday morning, an English resident of your area, identified a sick and very thin animal in the area of almyrida,
which was transferred to Mr. Mousourakis’s veterinary clinic in Kalyves.
The animal was received at noon by the driver of the municipality, without blood tests and without taking any medication, and was transferred (according to the driver’s statements) to the parking of garbage trucks of the municipality of Vrysses and from then the animal is disappeared.

We uploaded photos at the social media of our Animal Welfare page, so we can find it because his health condition was tragic and needed veterinary care as soon as possible.There were many volunteers who offered foster home for him. We also received an information that one citizen saw the dog around 16:30 in an abandoned gas station at Kavros area. He stopped to help the poor animal and at that time it was hit by a passing driver. The animal died almost instantaneously.

According to legislation, the municipality and the five-member committee are responsible for strays.
We would like to inform us about the reason that an animal in so bad condition was left to an area completely inappropriate for his state of health and not receive the necessary veterinary examinations.
Why all the Animal Welfare Associations weren’t informed so the animal can go to a foster home of a volunteer, as long as the municipality does not have the necessary infrastructure ?
During a telephone call of a volunteer of the area and the driver, he claimed that he acted on his own initiative to transfer the animal to Vrysses. From when an incompetent municipal employee decide on his own to transfer a dying animal to an inappropriate place without veterinary care, act that has led to death and without informing- as he claims and has been publicly posted- the competent deputy mayor for his actions? 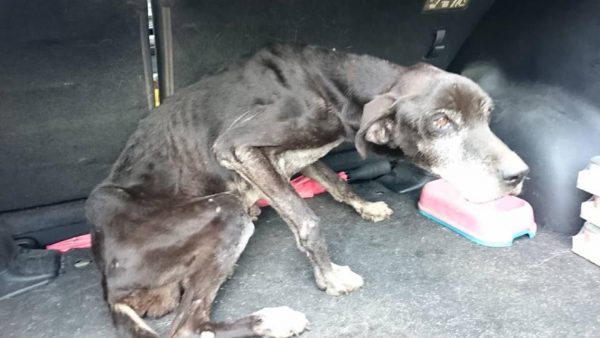 .
What are finally the responsibilities of an employee who carries out debts or a driver?
How was the almost blind and sick animal from Vrysses- as you informed us during our conversation on the phone- in the Kavros area?
Even a healthy animal can not travel so long in the time that has elapsed since it was picked up until it was spotted.
Trustful people informed our association that the dog never went to Vrysses area.
Acts and omissions of the municipality that – although responsible- confronted the case with analgesia and led an animal, which should be cared and loved, to death..

The mayor of Apokoronas in every way proclaims that our attitude towards animals is our culture.
Is it an act of civilisation to treat in such a harsh way a dying animal ?
Unfortunately, when animals are managed by people who do not have any emotions, even sympathy, we have such results.
We call the mayor of Apokoronas to remove from the management of animals all those who contributed to the death of that poor animal, leaving it consciously helpless in a completely hostile environment to die.
Our association is reserved all its legal rights against the responsibles of the municipality of Apokoronas.
It is unfair for animals to pay for people’s mistakes!!

About the Author: efi