News from the ill pit-bull, which was abandoned on a line cruise!

Home/Animals/Ζώα για υιοθεσία/News from the ill pit-bull, which was abandoned on a line cruise!
Previous Next

News from the ill pit-bull, which was abandoned on a line cruise! 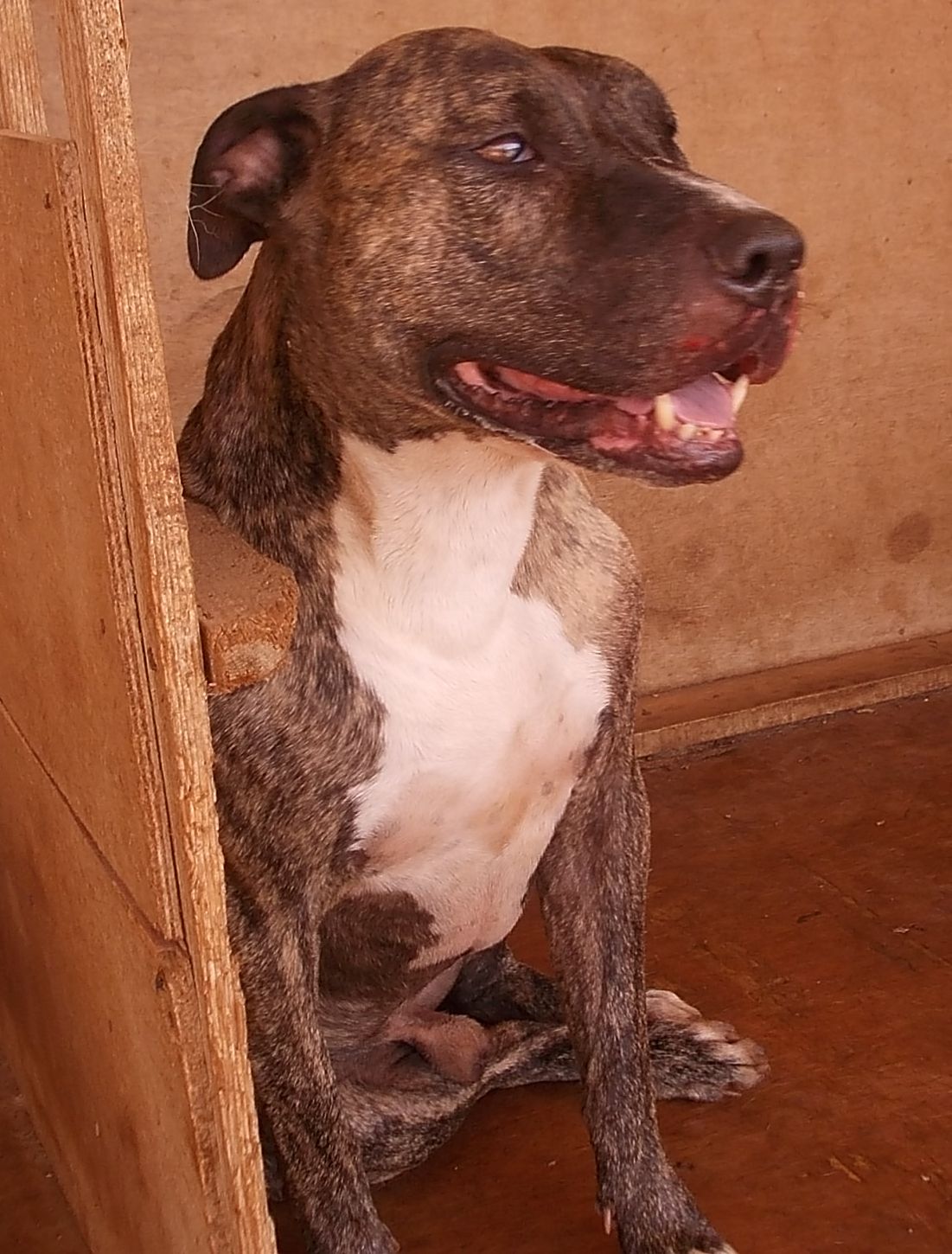 On the 9th of September we were informed by a maritime employee of ANEK LINES company,that an unscrupulous person had abandoned five days ago his ill pit-bull dog in the dog cage of ELYROS ship which travels from Chania to Pireus and vice versa!

We took the animal, we offered medical treatment and at present it is hosted in the shelter of the Animals Welafare Association “Noah’s Ark” .

At the beginning we thought (due to his physical condotion) that he was old in age, but he is only 2-3 years old.

The dog has completely recovered, but another problem appeared: As soon as he was cured, he could not bear to live enclosed in his space in the shelter. In his effort to get out, he gets hurt continously and we are desperate. He is absolutely unhappy and melancholic.

Even though he is very friendly and sociable, it is impossible to remain in the shelter. He needs desperately a welcoming family to become again a happy dog! 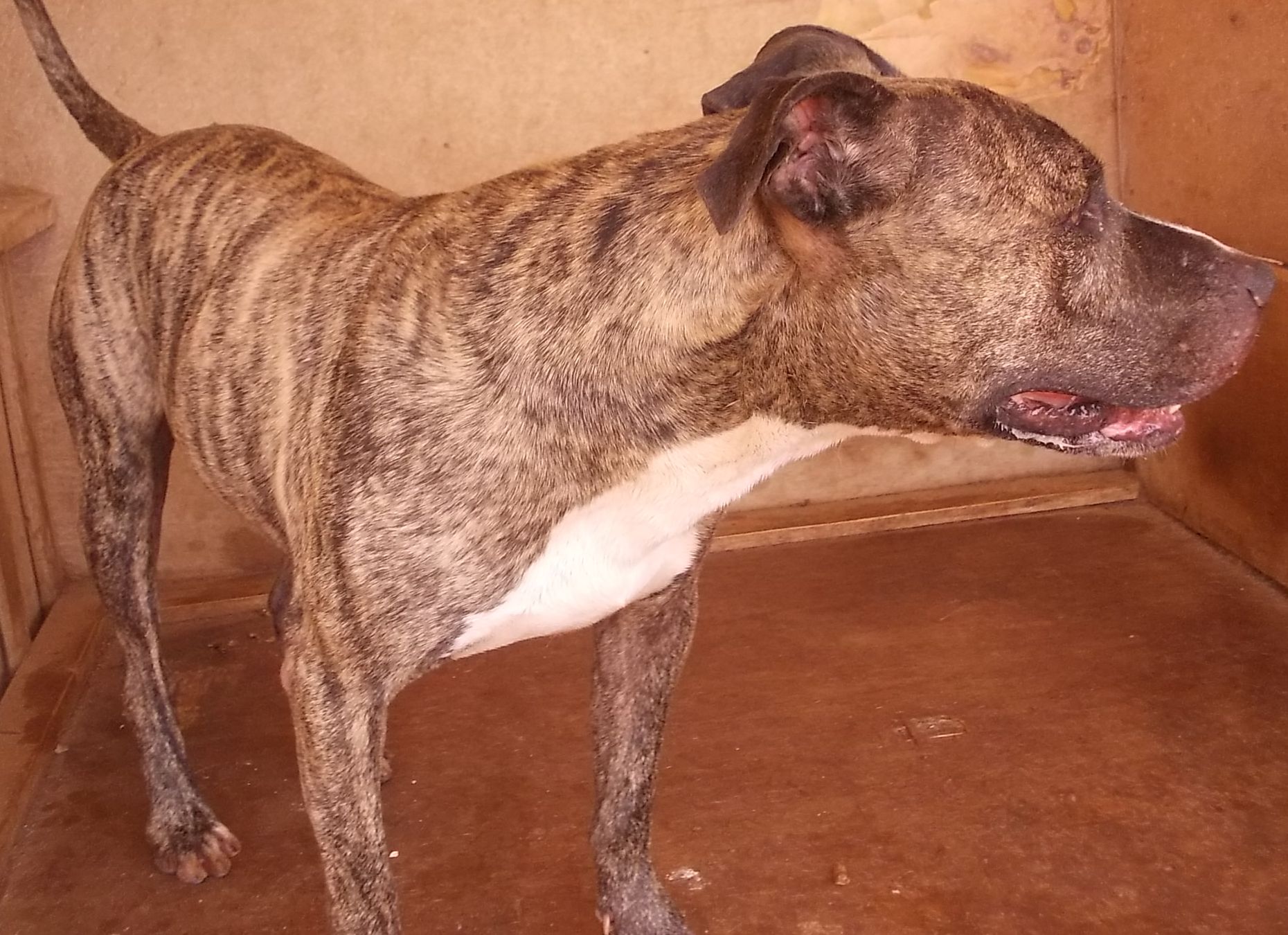 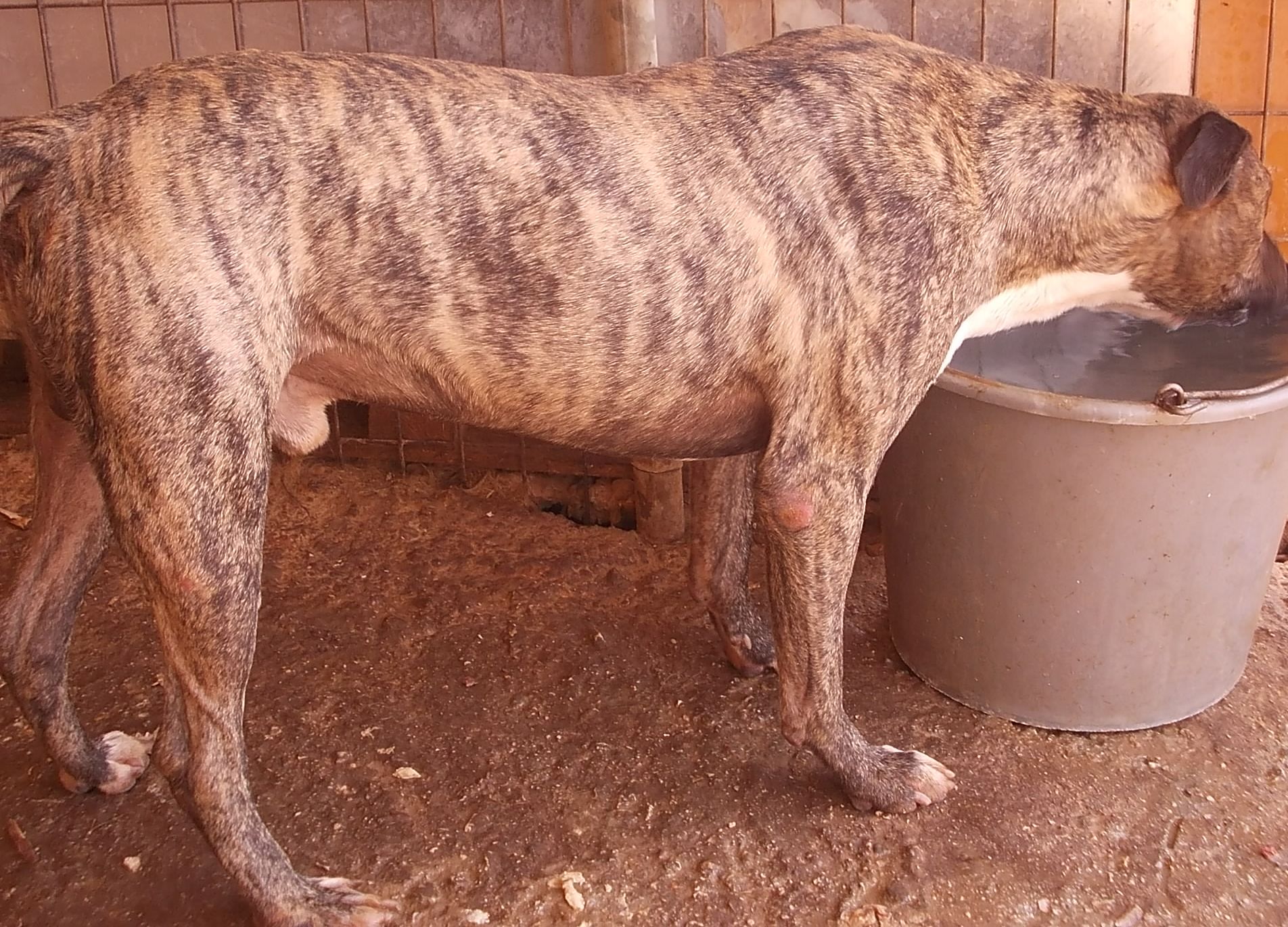 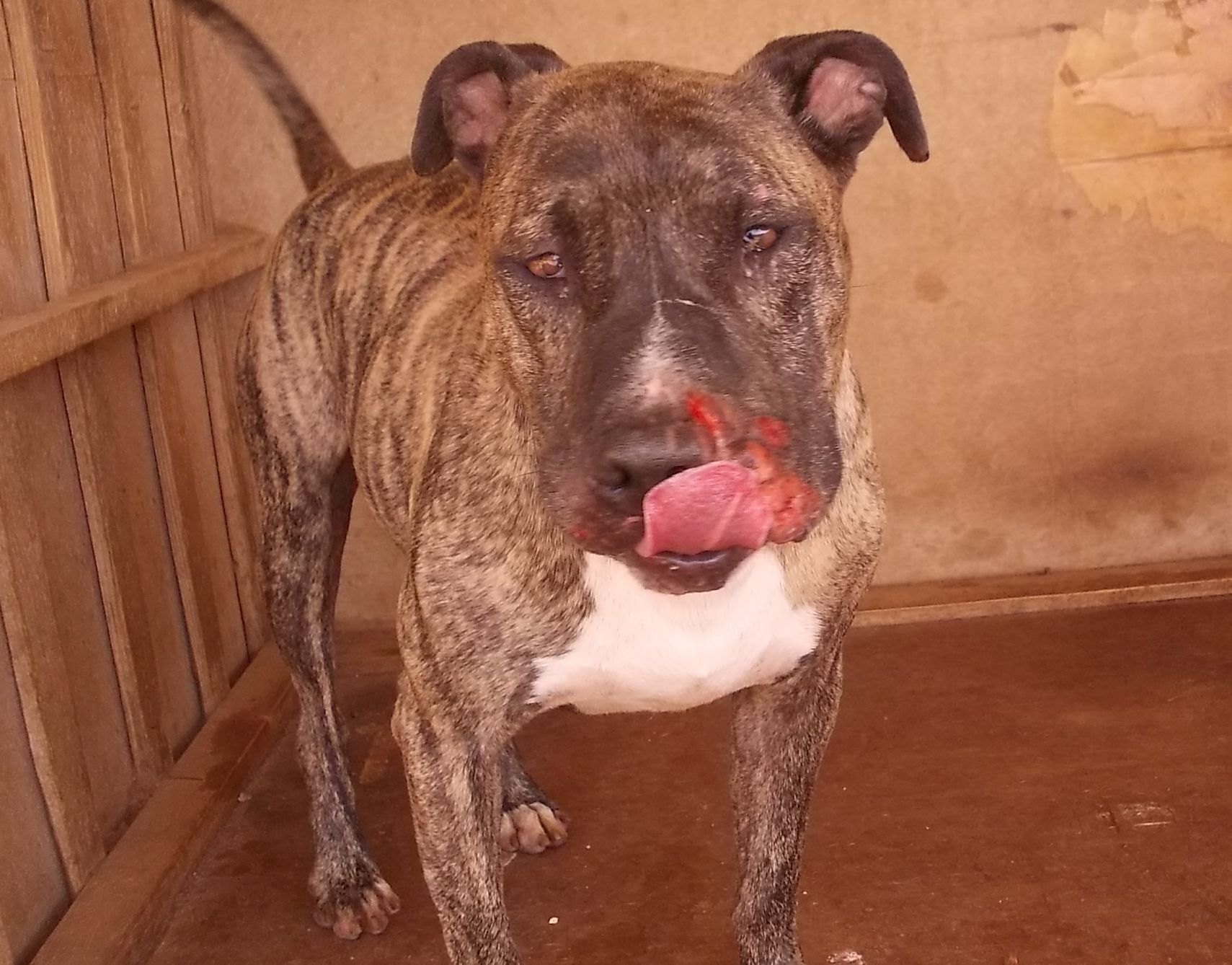