ACTIVITY OF OUR ASSOCIATION IN 2011

Home/English/English/ACTIVITY OF OUR ASSOCIATION IN 2011
Previous Next

ACTIVITY OF OUR ASSOCIATION IN 2011 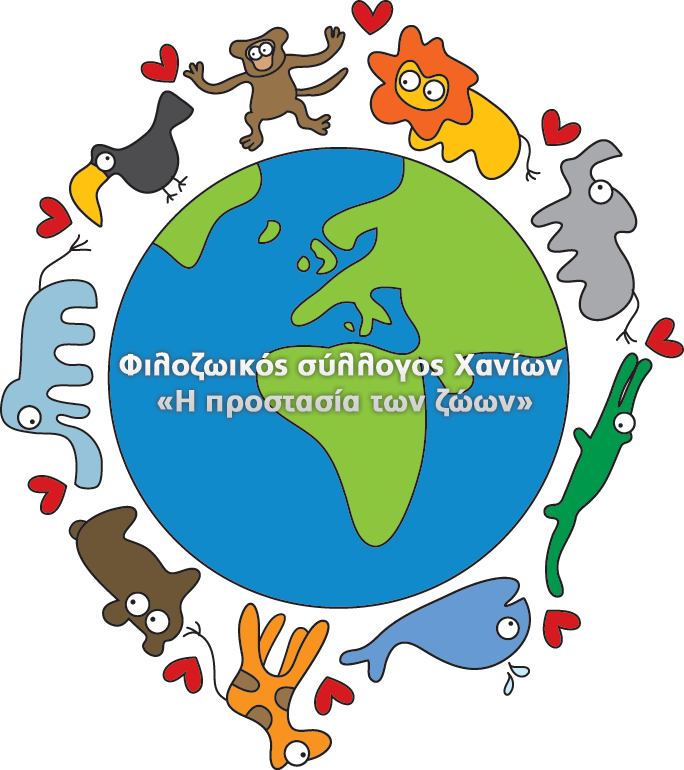 The variform activity of the Animals Welfare Association of Chania “The Protection of Animals” continued tireless last year. The importance of our Association’s work is that we opened perspectives for the solution of the animals’ issue in our city and we did not restrict our actions only to the nestling, neutering, care and adoption of stray animals. We have achieved to sensitize and inform the public opinion, which to a great extent and mainly in the city, is wondering and thinking about the relation of man-animals. We have also achieved to contribute to the change of the public opinion for the citizens that are involved and take care of the animals and to the change of behavior of the police, judicial and municipal authorities.

In summary, in the county of Chania, which is smaller than the other counties within Crete, we have to report the following:

1. In cooperation with the Environmental Education and the authorization of the Ministry of Education, two thousand (2,000) pupils of the county were informed about the animals through the program “I LIVE WITH THE ANIMALS AROUND ME”, while the last three years we have spoken to 8,000 pupils.

2. Two exhibitions, of ten days duration each, took place. The first was a Paint Exhibition and the second a Photo Exhibition with animals as the exclusive subject. Through these exhibitions, hundreds of visitors were informed by our members about the animal’s issues and the state’s and authorities’ responsibilities.

3. Together with our animals we joined and took part to concentrations and demonstrations for different social-political issues of our county and country, which brings the animal’s welfare issue in touch with the rest public movements in our country.

4. We took part to the Anti-Racist festival with our own kiosk and to another Festival, during which an ex-military camp was asked to be converted into a park.

5. We had continuous meetings with the police, judicial and municipal authorities for animals, maltreatment issues. During these meetings, among other positive results, we succeeded to convince the Police Directorate of Crete to edit a general ordering instruction to all police stations of Crete as concerns the handling of animal’s issues. We also succeeded the edition of an Animals Welfare Protocol signed by the Prosecutor’s Authorities.

6. We organized successfully the Pancretan Meeting for the activation of all authorities as concerns animal’s maltreatment issues.

7. Four (4) press conferences were given as concerns animal’s maltreatment issues and the inactivity of the Municipalities.

8. We took part to many broadcast emissions in local TV channels to inform the public about animal’s issues.

9. Continuous interference in the Local TV News of the county.

10. More than 50 articles in the local newspapers.

11. We supported the voluntary shelters of the county as concerns legal actions against them.

12. During organized conferences we informed 180 policemen in Police Schools in Rethymno and Sitia counties about animal’s issues.

13. We created the biggest in the Country Pan-Hellenic Animal Welfare and Environmental Federation including 34 Associations, with very important interferences on a Pan-Hellenic level.

14. We had-through our association’s president- continuous contacts with politicians, members of parliament and ministers as concerns the new animals law. We succeeded through these contacts to solve the problem of transportation of animals with the buses.

15. We contributed to the organization of the European Congress for the animals welfare culture in Greece.

16. We helped-through our president- other animal’s welfare associations in our country on over 100 issues.

3. We feed approximately more than 150 animals.

7. We sued more than 25 cases of animal’s maltreatments and we succeeded in some cases the arrestments of the guilty persons.

8. Meeting of the members of the association is accomplished once per month.

9. We participate to the Pedigree adoption program

1. We cared injured birds and other wild animals in cooperation with ANIMA.

2. We co-organized a happening (film and discussion) in a square of the city about the animal’s rights

3. We helped to remove the Cretan goat from the city park to the small island Theodorou, where now they are free and are being fed there.

4. We responded and reacted with announcements and articles during musical happenings on the city beaches, during the labor of Careta-Careta turtle.

We thank Kostoula Stoupi, Linda Loukas, Silke Wrobel and Regina Smitd for their cooperation and help, as well as the German Association ARCHE-NOAH KRETA for the animal’s food they are sending